A good time to be a Landlord?

Landlords in prime position as demand heats up for rental properties 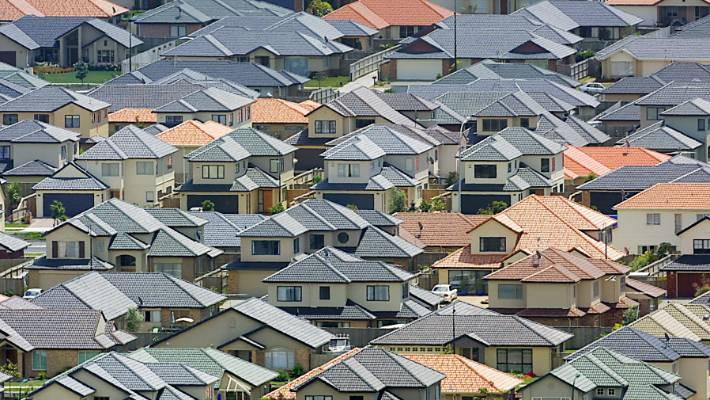 DAVID WHITE/STUFF
The national median rent advertised on the site rose 3.1 per cent year-on-year to $495 a week.

It's a good time to be a landlord, new data shows.

The number of inquiries for rental properties on Trade Me is up 17 per cent compared to the same time the year before.

The national median rent advertised on the site rose 3.1 per cent year-on-year to $495 a week.

"It's classic supply and demand, if the supply of rental properties can't keep up with the demand then prices invariably start to rise. In many parts of the country demand is easily outstripping supply and we're seeing rent increases," said Trade Me Property spokesman Aaron Clancy.

"Looking across the regions, the strongest demand increase was in Gisborne where the number of inquiries jumped a staggering 54 per cent on the year prior. Otago saw demand for rental properties spike 44 per cent while inquiries on rentals climbed 41 per cent in Bay of Plenty," he said.

In Palmerston North, the number of people looking at rental listings is up 50 per cent on the same time last year.

"As property prices continue to increase across New Zealand, people are renting longer than they have in the past, some parts of the country like Wellington are growing considerably too. This is driving demand in the rental market which means more competition and rising rents. SUPPLIED
Brad Olsen, an economist at Infometrics, said it seemed like a good time to be a property investor, although increased regulation and rental quality controls were making landlords work harder for their money.

"In September the median weekly rent in Manawatu/Whanganui hit a record of $380 per week after a 15.2 per cent jump. Rents in the West Coast also reached a new high of $350 per week after a significant 25 per cent annual increase."

Clancy said 2020 would probably bring more record-breaking rents across New Zealand. "Rents are only going to increase as more tenants do the traditional 'summer shift' as their tenancies come up for review and university students come to town."

In the central city area, they are closer to $600.

The number of Wellington properties available for rent was down 5 per cent compared to 2018.

"Tenants in Wellington could be in for a rough summer of record-breaking rents. We've seen prices in the capital rise steadily throughout the year and summer is an extremely busy time in the region's rental market, record breaking rents are very likely in the New Year."

The most popular Wellington rental in September was a two-bedroom house in Fairfield, Lower Hutt that had 90 inquiries in the first two days on the site.

Play Video
STUFF
Do you know your rights as a tenant? Don't worry, we've got it covered.

Auckland rents were flat year-on-year at $550 a week.

Brad Olsen, an economist at Infometrics, said it seemed like a good time to be a property investor, although increased regulation and rental quality controls were making landlords work harder for their money.

"Home ownership remains out of reach for many, even with cheaper interest rates, as a persistent undersupply of housing forces people to pay more for housing - be it rentals or owned homes - to secure a roof above their head.

"The substantial fall in interest rates over recent months has meant that the relative return from residential property investment is above its long-term average for the first time since 2013. Simply put, property investment, with demand outstripping supply, remains a solid earner for landlord investors."

He said relaxation of loan-to-value restrictions (LVR) combined with those low interest rates had made purchasing an investment property more achievable and palatable.

"We expect the Reserve Bank to further loosen LVR restrictions in November, becoming operational in early 2020, and, coupled with still lower interest rates to come, this change will drive a rebound in the housing market over 2020, particularly for investors.

"Rental quality controls around insulation and the Healthy Homes standards, alongside the ringfencing of rental losses, means that landlords face increased costs over the next few years, which they will pass on to renters."

thank you stuff.co.nz, to read more of this article and other copy this link to your browser: https://www.stuff.co.nz/business/116685135/landlords-in-prime-position-as-demand-heats-up-for-rental-properties?rm=a