Rents in Auckland’s city centre are falling for the first time in years as the Covid-19 handbrake on students and tourists slows demand.

Data released by Barfoot & Thompson reveals the average rent in central Auckland is down 2.02 per cent from 2019, with some tenants saving as much as $95 a week.

An expert says the exodus of non-New Zealand residents due to the global pandemic has led to an increase in vacancies and placed more pressure on prices.

Let us send Auckland's news straight to you

Weekly rent in central Auckland averaged $516 in the quarter to September 30, while the previous year rents rose 6.15 per cent to $527.

Barfoot & Thompson director Kiri Barfoot said apartments that were typically held by investors and rented to short-stay tourists and students saw a major shift in demand when Covid-19 put a halt on those markets. SUPPLIED
Barfoot & Thompson director Kiri Barfoot says a shift in demand caused by Covid-19 has led to more vacancies in the city.

“With more of these smaller and very central apartments available for rent, vacancy rates have been higher than usual and prices have been under more pressure,” she said.

Barfoot said it appeared a new stability was emerging in the investor and rentals end of the central Auckland apartment market.

“Meanwhile, the owner-occupier market, made up of newer, larger and higher-spec properties, has continued to progress with strong buyer interest and sales,” she said.

Play
Mute
Current Time 0:03
/
Duration 4:17
Loaded: 15.44%
Fullscreen
MORNING REPORT/RNZ
An Auckland house hunter is shocked by the number of properties she's missed out on that come onto the rental market just weeks after being sold.

“Buyers are continuing to be enthusiastic about such residences, recognising the value proposition these city and city fringe homes present.”

Barfoot said it was important to note the Auckland Central average was subject to many variables and so wasn’t necessarily indicative of that market overall.

“This is technically the first dip of more than a dollar or so in the average rent in Auckland Central over the last few years, but is relatively small,” she said. 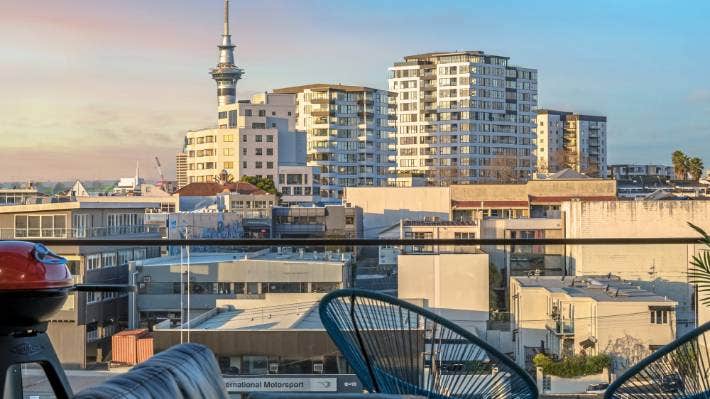 BAYLEYS
Across the rest of Auckland rent continues to rise, with central being the only suburb to go against the trend. (File photo)

Across Auckland, average weekly rent increased by 1.73 per cent during this period.

North Shore saw rents creep up 0.77 per cent, while Pakuranga, eastern suburbs, West Auckland and Franklin recorded rises between 1.5 and 1.8 per cent.

Rodney and south Auckland witnessed the highest spike in rent of 3.14 per cent and 3.4 per cent respectively.

In response to economic hardships imposed by the Covid-19 pandemic, the Government introduced a six-month freeze on rents between March 26 and September 25.

“While this quarter’s increase is well under the usual pace we have observed over the past year, it shows that growth has continued among new tenancies, which were not subject to the freeze,” she said.

The number of new tenancies was up substantially on 2019, with about 150 more homes, or nearly 40 per cent more properties, let during September alone.

New tenancies are now priced about 3 per cent higher on average than 2019, with the average rent reaching $601 per week.

“This is more in keeping with the usual pace of increase we see across Auckland, and is indicative of two things: These new rents are continuing to follow the previous trends, but landlords – on the whole – are not rushing to rachet up prices unrealistically or bake in future increases too hastily.”