Home builds in AKL on the up.

thank you to stuff.co.nz for this article, for the full story and links click here

Home-building forecasts in Auckland on the up

Home-building consents in Auckland are outstripping forecasts with an official annual outlook adding 6000 to the number expected in the next six years.

The latest National Construction Pipeline Report expected 96,000 dwellings to be consented in Auckland by the end of 2024, with nearly six out of 10 being apartments or in multi-unit blocks.

The joint forecast from the Ministry of Business, Innovation and Employment (MBIE) and the Building Research Association (BRANZ) expects consents to rise by 33 per cent from their current levels, to a record 17,000 in 2024. 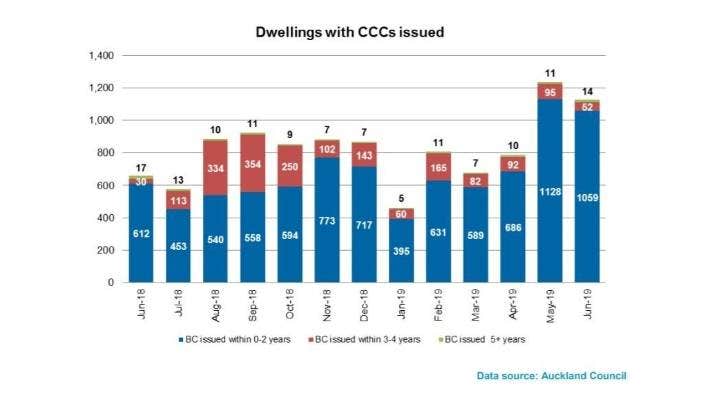 SUPPLIED/AUCKLAND COUNCIL
The number of dwellings completed in Auckland in the year to June 2019, according to Auckland Council monthly data.

The rate of growth of home-building activity in Auckland is faster than previously forecast, with 14,500 consents expected this year, a level that had not been expected to be hit until 2020.

The forecasts continue to be encouraging news for Auckland which has a housing shortage often estimated to be 45,000, with 14,000 homes needed to be built annually, to meet growth and gradually reduce the shortage. 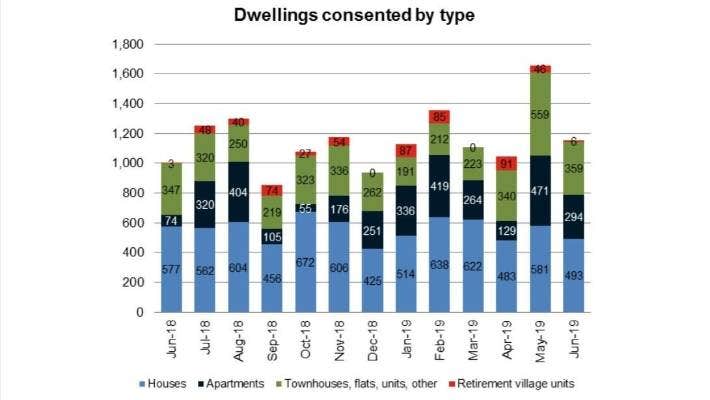 While the annual forecast looks at the number of homes consented, or given approval to be built, the numbers completed continue to lag.

Auckland Council's monthly data shows 14,032 home consents issued in the 12 months to June, while only 10,080 were signed off as having been completed.

The annual forecast underlines the rising proportion of Auckland dwellings which are in multi-unit blocks, rather than traditional standalone homes. 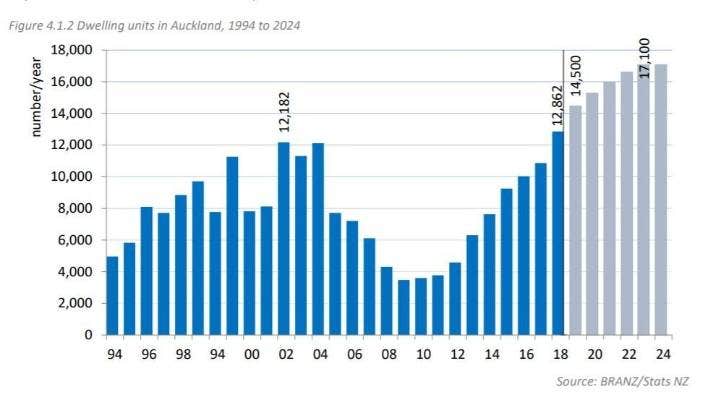 SUPPLIED/MBIE
The latest annual forecast for Auckland residential consents through to 2024, in the National Construction Pipeline Report 2019.

Dwellings consented in multi-unit blocks accounted for just over 50 per cent of the 2018 total, but by 2024 will rise to 58 per cent.

"To put the scale of current consenting activity in perspective, we have consented more dwellings in the first half of 2019, than in the 24 months in 2009 and 2010 combined," Goff said.

Auckland's home building has been climbing steadily since plummeting following the Global Financial Crisis, to a trough in 2009.